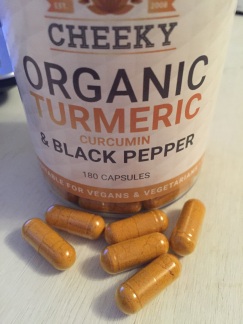 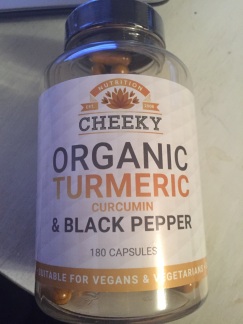 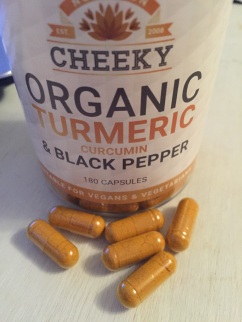 Dear Reader if you’ve been following by now you would’ve known the whole 72-hour journey came about following surgeries this Spring, one causing an infection in the bone the other to correct the first and clear the infected tissue.

I have been taking a cocktail of nasties from the start, and once the infection was discovered I was placed on even more! Morphine for the incredible pain and Warfarin to thin my blood due to the DVT I had left following the first surgery. (Yep Infection and a DVT Oh Joy!!) 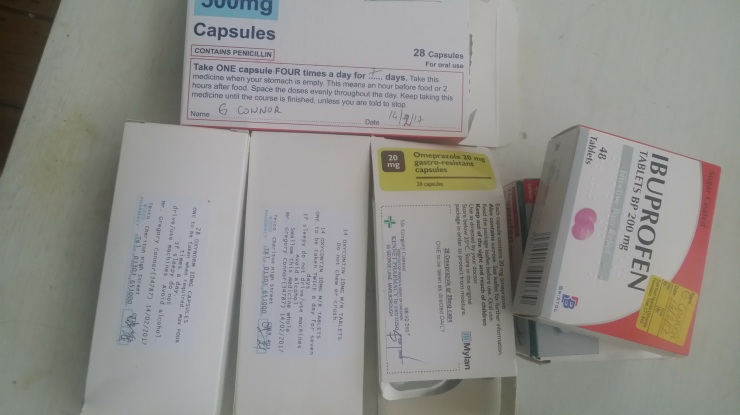 One of the drugs I was prescribed was Naproxen and I had been taking it for nearly 5 months when I was made aware of the long-term use damage to my body particular Heart, kidneys and Liver.

Time to research a viable alternative and after a few clicks the very best information I found was through tree to tub this extract by Ashley Rodriguez;

Turmeric as an anti-inflammatory

It is believed that chronic, low-level inflammation plays a major role in most diseases. For example, inflammation is caused by diseases such as cancer, arthritis, high cholesterol and chronic pain.

According to various studies, curcumin has the ability to control inflammation.

In fact, the journal Oncogene published the results of a study evaluating different anti-inflammatory compounds. What they found was that curcumin is among the most effective in treating inflammation, while aspirin and ibuprofen are the least effective.

Turmeric has also been shown to be able to reduce the risk of heart attack and even potentially treat heart disease. 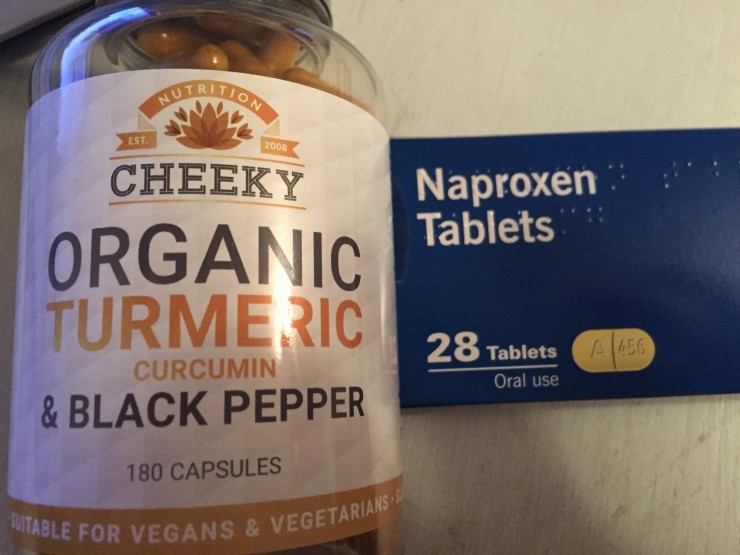 I’ve found Cheeky Curcumin (through Amazon https://www.amazon.co.uk/Turmeric-ASSOCIATION-Certified-Cheeky-Nutrition/dp/B074CF19ZW/ref=sr_1_1_a_it?ie=UTF8&qid=1510071313&sr=8-1&keywords=cheeky+turmeric ) to be an excellent balance of Quality Organic product (that doesn’t repeat on me as some I’ve tried do!) at a reasonable price. These supplements can be crazy expensive making them prohibitive.

Ashley goes on to say;

A study published in Biochemistry and Biophysical Research Communications revealed that curcumin in turmeric is 400 times more potent than Metformin (a drug commonly used to treat diabetes).

Curcumin was shown to be better at activating AMPK, improving insulin sensitivity, which can help reverse Type 2 Diabetes.

A study also found that supplementing with curcumin can delay diabetic neuropathy and retinopathy. This is because of its anti-inflammatory and antioxidant properties.

Rheumatoid arthritis is a chronic autoimmune disease that causes the body’s defence system to attack itself. When it flares, the tissues around the joints become inflamed. This results in swelling, pain, joint destruction, and disability.

Because of its powerful anti-inflammatory and pain reducing characteristics, curcumin has been linked to improving rheumatoid arthritis.

In a study conducted on 45 rheumatoid arthritis patients to compare the benefits of turmeric versus diclofenac sodium (drugs used to treat arthritis), those who had the curcumin treatment alone had very impressive results. They showed the highest percentage of improvement in their symptoms, in fact, significantly better than those who took diclofenac alone.

Steroids are a class of drugs that are commonly used to treat immunological, inflammatory and allergic diseases. Corticosteroids have been used to treat conditions such as psoriasis, rheumatoid arthritis, lupus, and chronic pain.

Curcumin reduces inflammation and is linked to regulating the functioning of the immune system.

A study in revealed that curcumin has the ability to cure chronic inflammation of the eye.  This condition was treated topically with steroids, but today it’s common for medical doctors who practice functional medicine to prescribe curcumin instead.

Heart disease is a big problem in the US and UK and  One of the reasons is because people are developing pre-diabetes at an alarming rate as a result of this.

A common complication due to diabetes is oxidative stress, which damages the inside of blood vessels. The damage to these arteries causes cholesterol to build up in order to patch up the damaged vessels, leading to high levels of LDL cholesterol.

Curcumin has been proven to be equally or more effective than diabetes medications at reducing oxidative stress and inflammation in the treatment of high cholesterol.

So having read everything I could on the benefits of Curcumin over the Pharmaceutical prescribed, I made a choice to move to Curcumin,  initially reducing my dosage by 50 % and replacing with Curcumin, and now gradually over a 30 day period I am using Curcumin as a full replacement for Naproxen and beginning to really feel the benefit.

The dosage I am taking at the time of writing is 2 capsules (1200mg) morning and 2 at night (2400mg per day). This is now providing the same relief as I was experiencing with 1000mg per day of the Naproxen. It has been trial and error with dosage and bearing in mind when I first came out of the hospital, I was almost 3 stones (42 pounds) heavier than I am currently. I think you have to take into account your body mass with anything you use be it supplement or drug.

With Naproxen I was suffering from stomach pains most days and since changing to the Turmeric/Curcumin these have ceased completely.

I have way more energy than before but I have to put that down to the whole lifestyle change I am going through with the fasting and diet overhaul.

I will add the other supplements I am taking later!

You can see more from Ashley @ https://www.treetotub.com/blogs/blog-posts